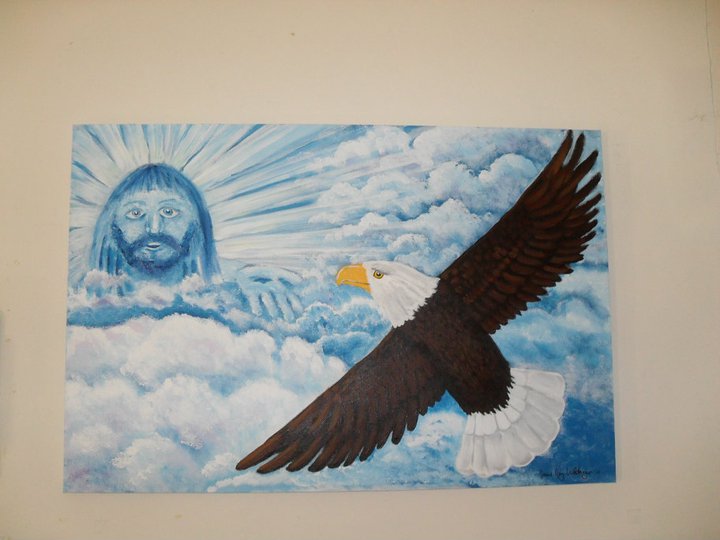 In 1994, I was a typical 14-year-old. I loved drawing, singing and playing instruments, video games and spending time outside playing sports and studying nature. My faith in God was strong, and towed the line between making my life in junior high miserable and keeping me grounded. I had a great family, and a few friends who put up with my creative wackiness. Life was pretty good…until mid-June.

At first, we thought it was a bug bite that caused the numbness. My whole body felt like that feeling you get when your foot is asleep…only it was my entire being. Since we lived in the country, my family thought I got bitten by a tick or spider. My parents weren’t really worried about it, since I was fine otherwise.

I don’t remember having any other problems until a few days later when I was playing soccer with my friend Sue. I tried to jump and couldn’t get off the ground. Terrified, I went to my mom, who scheduled me an appointment with our family doctor. When the time came for my appointment, my doctor was stumped. We told him I had recently recovered from a chest cold, so he ordered chest X-rays and blood tests for the next day. The tests didn’t find anything wrong with me.

Meanwhile, I was getting progressively weaker. I lost the use of my hands and arms, and almost all the strength in my legs. When we went back to the doctor for the test results, he said he thought it could be MS. I was devastated, and pictured myself in a wheelchair for the rest of my life. We eventually had to borrow a wheelchair from our church, and I needed help getting up from a seated position. My health had declined to the point where we scheduled an appointment with a neurologist.

The day I saw the neurologist, I remember pretty well. I was at the point where I couldn’t feed, dress, bathe, or otherwise take care of myself. It took two people to get me on my feet, and I couldn’t walk far. My grandfather tried to get me out of the car by himself and dropped me on my knees on their gravel driveway. Ouch. The doctor was somewhat puzzled at how my symptoms presented themselves, but after a few tests, gave us the diagnosis of Guillain-Barre Syndrome (GBS).

My family had never heard of GBS, but my family doctor’s guess of MS wasn’t too far off. It’s in the same family of diseases, autoimmune in nature, where a person’s immune system sees the fatty layer of myelin that protects our nerves, as foreign. Without myelin, the nerves and muscles can’t communicate properly, and the muscles start to atrophy. The neurologist said we caught this just in time, because the disease could have attacked my vital organs and easily killed me.

I was immediately admitted to the hospital, given a series of unpleasant (at best) tests, and officially diagnosed with GBS. The doctors started me on a course of IV medicine, which I continued for the next few days. Slowly, my strength returned, and by the fourth of July, I was released to go home. I remember watching fireworks with my family and friends that evening, amazed at the miracle that just happened. I was very close to normal strength again, and the numbness was gone.

The rest of July was a celebration of life for my family. My church family praised God for the miracle I received, and my story was told over and over again. It was still fresh in my mind, though, and still a very scary thought. I never wanted to go through that again!

Unfortunately, as I spent a day in August at Knoebels celebrating my brother’s birthday, I realized that I was numb once again. I was scared to tell my mom what was going on. What did this mean? Why was I numb again? Instead of undergoing more tests, the neurologist admitted me directly in the hospital again. He also changed my diagnosis to what he called relapsing-remitting Guillain-Barre, better known as CIDP (Chronic Inflammatory Demyelinating Polyneuropathy). Basically, he was telling me I had a disease that very few knew about, and each case was different from the next. It is chronic, it has no cure, and there is a chance I could have it the rest of my life. I was put on a course of IVIG again, and was released from the hospital.

When school started, I struggled through each day. A backpack full of books was increasingly difficult to carry. By October, I was assigned a homebound tutor and finished the rest of my freshman year at home. I spent a few hours every few weeks getting outpatient transfusions of IVIG to bring my strength back up. I underwent physical and occupational therapy as well. It always seemed like the transfusions didn’t last very long. My strength would quickly fade and the numbness would return.