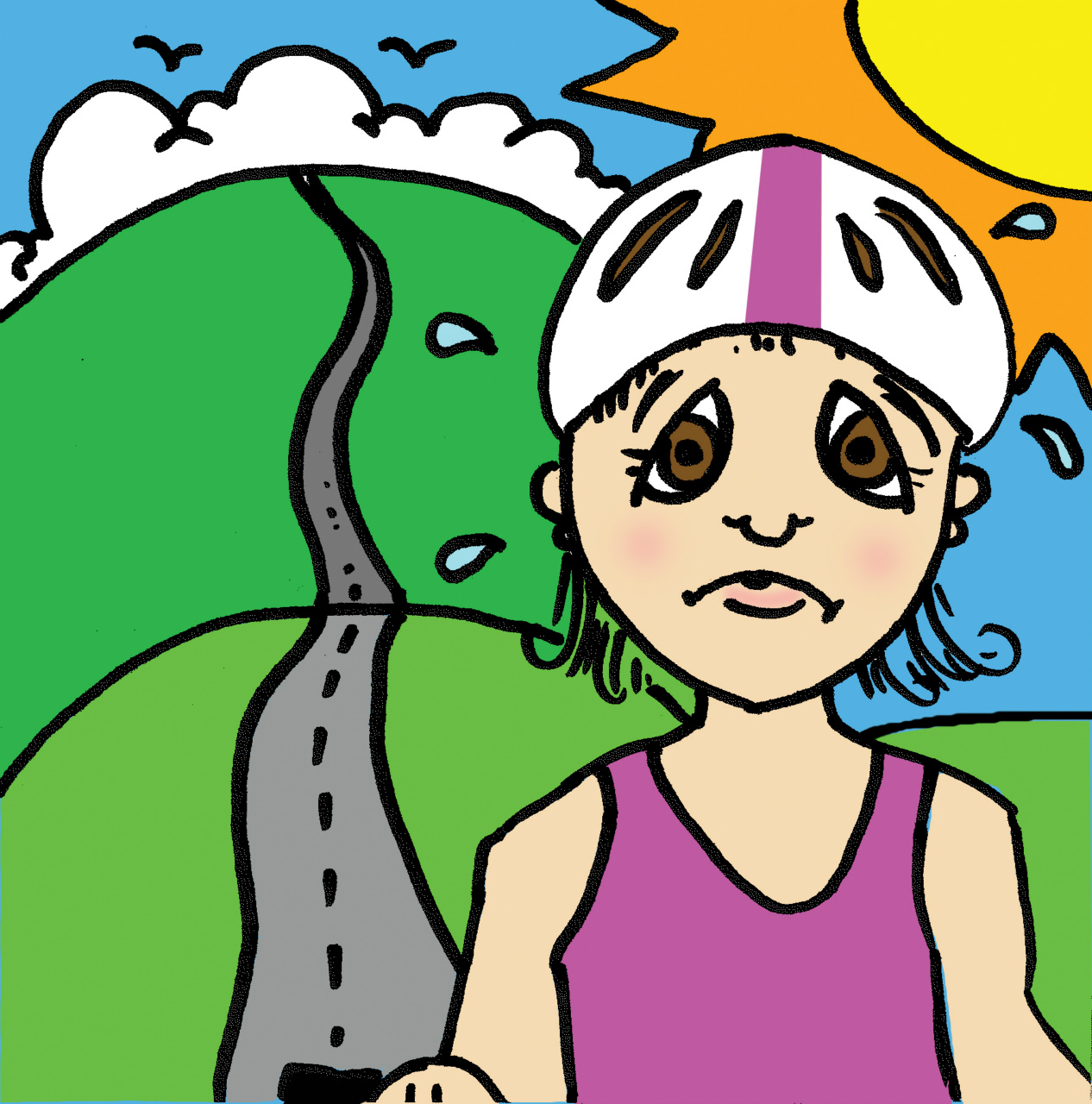 On August 8th, 2015, I did the gutsiest thing I have ever attempted. With a crappy mountain bike, minimal knowhow, and a ton of determination, I entered my first sprint triathlon. Weighing over 200 pounds, I figured I’d be the heaviest woman there…and I was right. But, I was there to prove, among a sea of doubters-including my own doctor, that I could finish the race.

First, I wasn’t sure if I could swim 200 yards without my lungs caving in. Swimming even one length of the pool freestyle left me out of breath. Would fatigue get the best of me after the first leg of the race?

Second, I was pretty clueless about road racing on a bike. I had always dreamed of doing such a thing, ever since I pedaled my one-speed Huffy down the grass and tar-chipped roads of my youth. Now, I had a 16-speed Roadmaster mountain bike, which was great for navigating the River Walk, but terrible at climbing hills. Even the guy at the bike shop mocked me, but I told him I couldn’t afford a better bike.

The only thing I knew I COULD do was the third leg of the race…the run. After all, I had enough 5K race bibs to plaster a wall. Okay, maybe a dog house wall. For a Yorkshire terrier. Maybe a toy poodle.

The previous year, I was paddleboarding on Lake Chilisquaque with a group tour and Canoe Susquehanna. There was an older fellow there who was an Iron Man triathlete, and we struck up a conversation. I told him how much I’d dreamed of attempting a sprint tri, and he encouraged me to enter the Lewisburg race. I was only in the beginning stages of my weight loss journey at that point, but I began to consider entering the race the following year.  After all, training would definitely help me to lose more weight!

That evening, I returned home to find my bike had been stolen from my garage. Granted, it was old, and probably worthless, but I had ridden many miles on that bike, and I was devastated. Fortunately, I was able to get my new Roadmaster by the end of the summer, and I was back to training.

When race day arrived, I knew I had prepared the best I could. I had the support of my friends and family. My boss and another coworker friend had come out to cheer me on with a gigantic sign. They stood at the edge of the pool spurring me on as I made my way up and down the lanes. The swim wasn’t as bad as I thought it would be, although the water was cold, and I felt a little intimidated with these big guys passing me.

I started my bike ride in confidence that I COULD do this. Until I saw ahead of me a small hill, then a big hill, like the back of a sea serpent rising up from the pavement. Instantly, I felt demoralized. There was no way a woman of my size on a heavy-framed bike could make it up the little hill, let alone the big one! Especially in the hot August sun!

I remember dismounting and walking my bike up the larger of the two hills. Another woman pedaled up behind me, and we walked our bikes to the top together. She and I did the majority of the course together. There were a lot of hills, and I ended up walking my bike a lot. It was great having someone else there to push and encourage me.

As I finally made it back to town, I saw my family waiting on the sidelines. At that point, I knew I had to finish the race.

The run was harder than I thought it would be. I was already exhausted. My thighs kept cramping up every time I tried to pick up the pace. The sun was beating down on me. I had no music to keep me going. Not to mention that I had a feeling I was in last place.

But I finished. With my family by my side, and tears streaming down my face, I had done what others had deemed impossible!

After that, I knew I wanted to pursue this sport.

Fast-forward to 2016. With another year of training under my belt, an awesome bike, a 25-pound weight loss and experience in my favor, I decided to, well, tri again.

Training was going great, until mid-way through July, I started experiencing a lot of lightheadedness, and just feeling “off.” I took a break from training, hoping the feeling would subside. I wasn’t going to give up, though. Maybe it was just the hot, humid summer taking its toll.

The week before the tri, I garnered a PR at a 5K in hot, muggy conditions, so I knew I could handle whatever Mother Nature decided to throw at me.

I spent the majority of my second triathlon wishing it were December. In Barrow, Alaska.

The swim was a piece of cake. The water was a little warm, but I thought it felt great. As I sped out of town on my Cannondale hybrid, I knew what I was in for on this course. Hill, after hill, after hill. The downhill sections were amazing, and I climbed all but three of the hills with ease. With the sun beating down, I felt like I was a roasting turkey in a greenhouse. I figured, in these conditions, there was no shame in taking a rest and walking a bit.

By the time I got to the run, this turkey was cooked. And nauseated. I carried my little handheld sprayer fan in one hand and my cooling towel in the other. Neither did much good. Even though my legs felt great, I knew running was out of the question. Breathing was a chore. Still, I knew I could race walk. After I was able to catch my breath, I did jog a little in intervals. I wanted to save my energy for a great finish, which I did! In fact, I finished a whole half hour quicker than last year!

There are many variables in this life that we have no control over. We can’t control the weather. We can’t govern the thoughts, actions or intentions of other people. There is no way to predict whether misfortune or bad circumstances will come our way. We can, however, choose to take those bad experiences and learn from them. We can choose to be positive, to believe in ourselves and others, and to find, and follow a passion.

As my favorite band would say…”Life is short…you gotta live it well.”